Jump to Recipe Jump to Video
A traditional soft and fluffy Pakistani-Style flatbread - Roghni Naan is essentially made with all-purpose flour, yeast, yogurt, milk and egg. It is also brushed with milk, topped with sesame seeds and then baked in the oven till golden and fluffy. 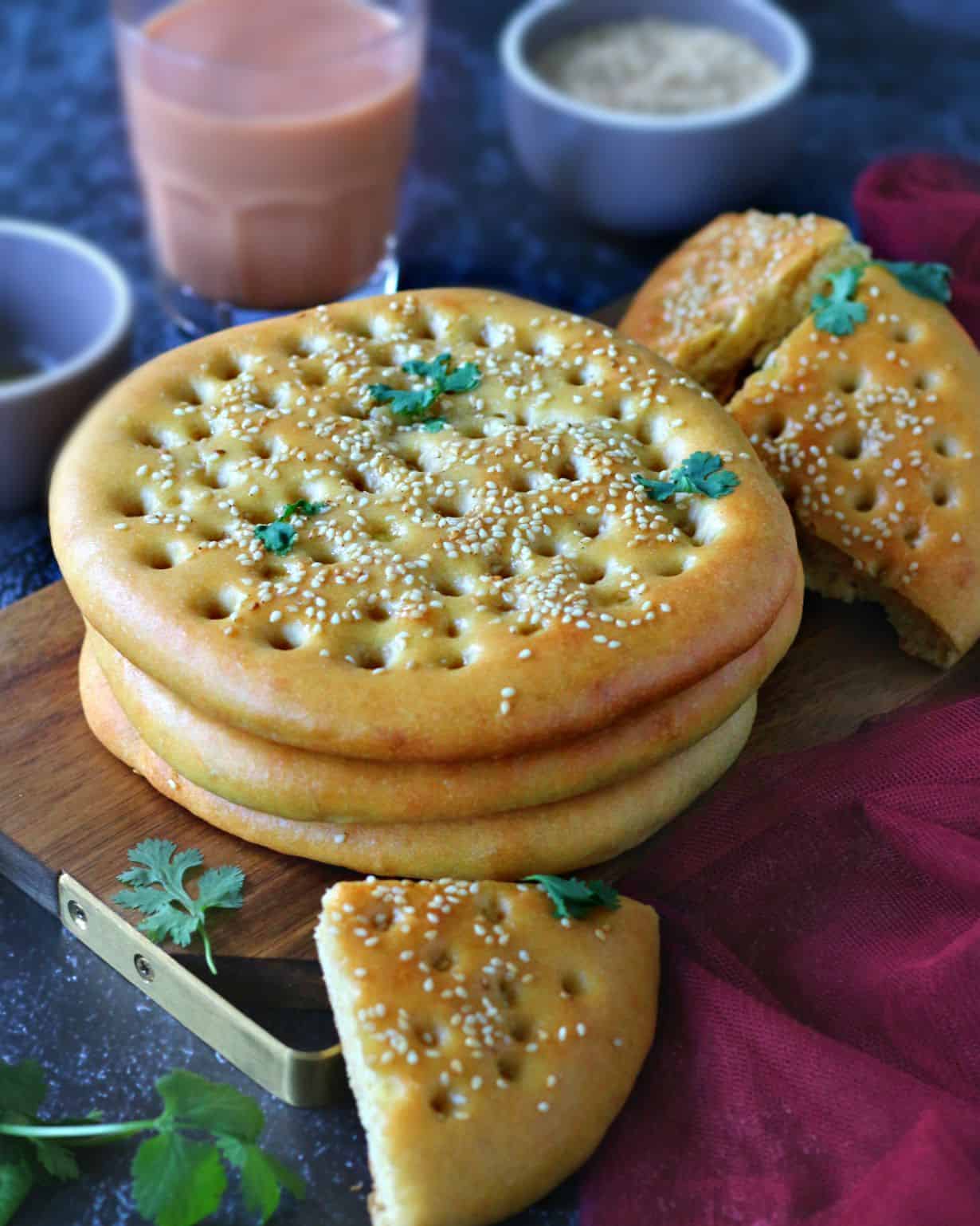 Roghni Naan is made in a tandoor (clay oven). It has a soft, pillowy texture with a golden top that is enriched with melted butter as soon as it is out of the oven. It is a very rich bread which is why it is eaten on special occasions and enjoyed with some classic dishes like Nihari, Haleem or BBQ items. Also check out my more Indian-style Garlic Naan.
Naan is one of those recipes which sounds intimidating but actually is not. In Pakistan, naans are available in every nook and cranny so I never bothered to make them back home. But here in Germany, I miss having these fluffy flatbreads. So, to get that same experience I set out to try a couple of recipes and then tweaked them all to create my perfect version. These Roghni Naan baked in the oven are as close to the authentic naan as it can get.

How to Store and Reheat Roghni Naan

You can wrap the baked naan in foil and put in an airtight container and store in fridge. They will last for 2-3 days. You can reheat them in the microwave. Place the naan on a microwave-safe dish, cover it with a damp towel and then warm in 30 seconds bursts.

Can You Freeze Roghni Naan

Yes you can! Just wrap them in foil and put in an airtight ziplock bag. Store in the freezer for 30 days. Before serving, warm in a microwave covered with a damp towel. You can also reheat on a flat pan. Just splash with some water before doing so.

On a number of occasions I have made these naan with only whole-purpose flour. And sometimes I also reduce the fat content by removing the egg and decreasing the amount of oil.

Watch How To Make It

Here are some of my recipes that you can enjoy with these naan:

Prevent your screen from going dark

Calories: 595kcal
Did you make this recipe?Tag @chilitochoc on Instagram and use the hashtag #chilitochoc

This post was originally published on May 1, 2019 and has been updated with new pictures, detailed instructions and video.

Here is the old picture: 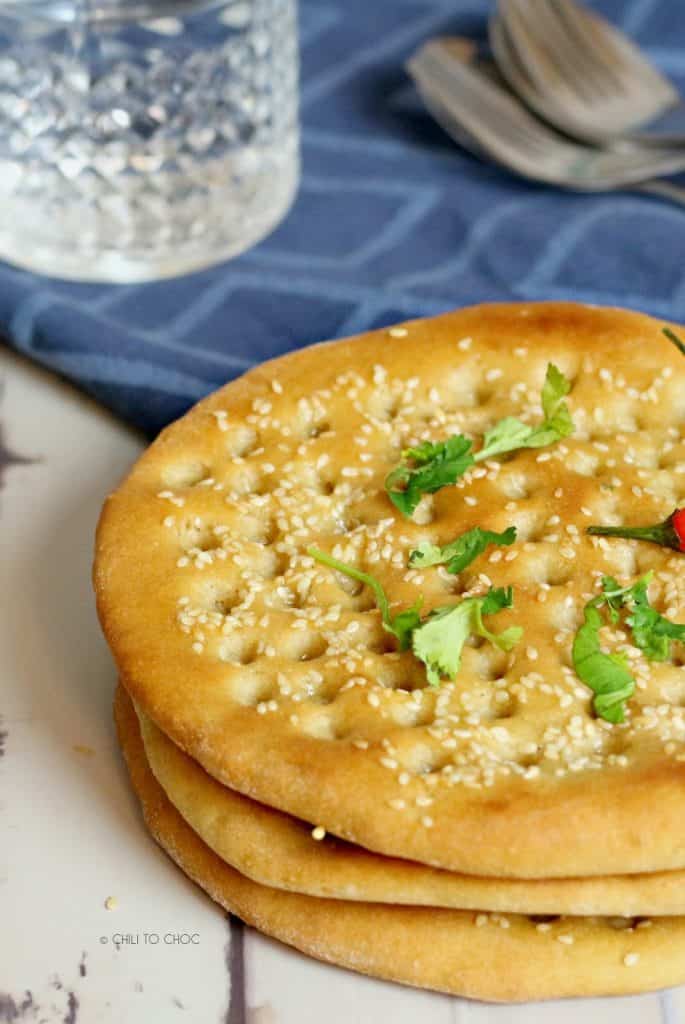 This site uses Akismet to reduce spam. Learn how your comment data is processed.

Hi, I am Qashang! I share fuss-free recipes from around the world that are rich in flavour and made with easily available ingredients.